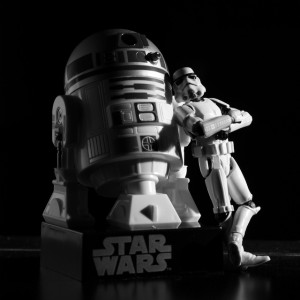 If you are worried about people hacking your ShiVa based game then obfuscation is a good place to start.  Obfuscation is very simple to implement in your Android project and is a good starting point for anti-hacking measures.

Nothing will stop a truly determined and experienced hacker, period.  If you rate the skill of hackers from 1-10, you might think of obfuscation as preventing those of skill 5 or less.  When it comes to fighting people that are decompiling your code, you won’t win all the time.  Obfuscation is easy to implement and makes a confusing mess of your code, so it’s a great low-effort way to prevent the script-kiddies from screwing with your purchase code.

To successfully work with obfuscation, this tutorial will show you:

By build I mean an Android Project UAT build.  In other words, you’ve gone through the Authoring Tool, built an android project from your STK and have unzipped the resulting zip file to access the build files.

Edit project.properties and uncomment the line to read:

Replace the contents of proguard-project.txt with:

You need to change line 17 and replace the bracketed variables.  Here is a before/after example showing the replacement of the package and class name.

Now you can build with ant.

Every time you build your app, proguard will generate files under bin/proguard.  It is important that you save the mapping.txt file so that you can associate it with a specific build of your app.  Once you’ve uploaded an obfuscated build to the android market, the stack traces that are generated in user reports are going to look like non-sense.  The mapping.txt file will allow you to transform them into the helpful stack traces that you remember.

Remember, every time you do a final build for the app store, save your mapping.txt, preferably as a versioned file in a source repository.

The android SDK includes a tool called retrace that you’ll find under tools\proguard\bin.  To deobfuscate your dump, you run:

With just a few simple steps, you’ve obfuscated your game.  Keep in mind that many SDKs have specific changes that need to be added to proguard-project.txt, so be sure to check their instructions for any required additions.  I hope this tutorial was helpful.  If you are interested in some penetration testing against your game, please let me know.

This is a short article with a few tips on how I hunt down engine code in UE4. There’s no big secret here, just a series of tools that can be combined by anyone with […]

Progress Update I made attempt 3 to use file_storage.c as a means of presenting an ISO image on the Pre as a CD-ROM drive over USB.  I tried grabbing several of the more recent versions […]